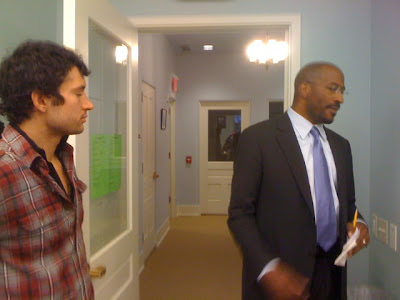 Bryan and Pete had the pleasure of attending a brown bag luncheon (or as the PC amongst us called it ,a luncheon bag of color)with Van Jones at Princeton University yesterday. Development and Activists coexisted for the entire meal,though at the end it appeared that Jones was trying to oversell himself to the development side .


Brought up some very interesting topics,one of which still haunts me, was that when Barrack first took office a Great Depression was a middle ground scenario.With what we have now as a best possible option,and a US economy sucking down the rest of the world in a vortex of hyper-inflation and general yucky stuff. 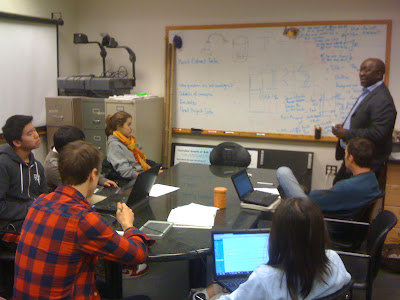 After that the B Home project convened on the Engineering Quad ,where Wole assembled his geek squad and got them cracking on a presentation for Deans Day.
Posted by Trenton Atelier at 12:22 PM